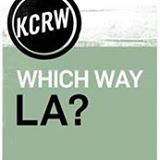 Warren Olney, host of Which Way L.A. on KCRW (NPR in Southern California) devoted a segment of today’s program to wireless tower siting.

Titled, “The No Longer Hidden Cost of Wireless Technology” Warren focus on the looming debate about more cell sites closer to their customers.

Richard Stein, a Los Angeles resident with an existing AT&T wireless site on a utility pole in front of his home was interviewed about AT&T’s plans to quadruple the size of the antennas, and to place a controlled environment vault (“CEV”) in the right-of-way near the pole.

AT&T declined to be interviewed for the show regarding its cell site in front of Mr. Stein’s home.

Warren spoke with me about technology and legal issues related to wireless siting, and also about the pending FCC Notice of Proposed Rulemaking that could reshape the entire landscape regarding cell siting regulations in the U.S. We also covered Section 6409(a).

Robert Jystad, the incoming president of the California Wireless Association spoke on why carriers need to bring their services closer to homes and end-users. He gave the facts and figures about the wireless society. He also alluded to, but did not outright say that Mr. Stein’s opposition to AT&T’s plan was for a reason other than aesthetics, which Mr. Stein rejected. As a side note, you might be surprised to learn that I was the one that recommended to the show’s producer, Evan George that Mr. Jystad be interviewed for the segment. It seemed important to make sure an industry voice had the opportunity to weigh in to the discussion.

The 16 minute segment is now on line. You may listen to the audio segment via the show page: http://www.kcrw.com/news/programs/ww/ww131029the_no_longer_hidden

This was a fun experience, and one that I hope will not be my last.

According to a published reports, Cole County Circuit Judge Patricia Joyce has issued a permanent injunction and declared the two laws as being invalid.  This follows the preliminary injunction she issued on Aug. 27 staying the laws (HB 331) from taking effect as scheduled the next day.

Judge Joyce ruled that the HB 331 was flawed procedurally, by violating state constitutional provisions that bills contain only one subject that is clearly expressed in its title,  and that lawmakers cannot amend them to change a bills’ original purpose.

This is great news for local governments in Missouri, which battled against ‘Super 6409 + Super Shot Clock’ rules promoted by AT&T on behalf of the wireless industry.  Hopefully the Missouri Attorney General’s office will not appeal the ruling.  It has until Dec. 2 to make that decision.

For more on HB 331, including the full text of the law, see THIS POST here at CellTowerSites.com.