This massive site is in Meriden, Connecticut. Verizon is the anchor at this site. Eeek! 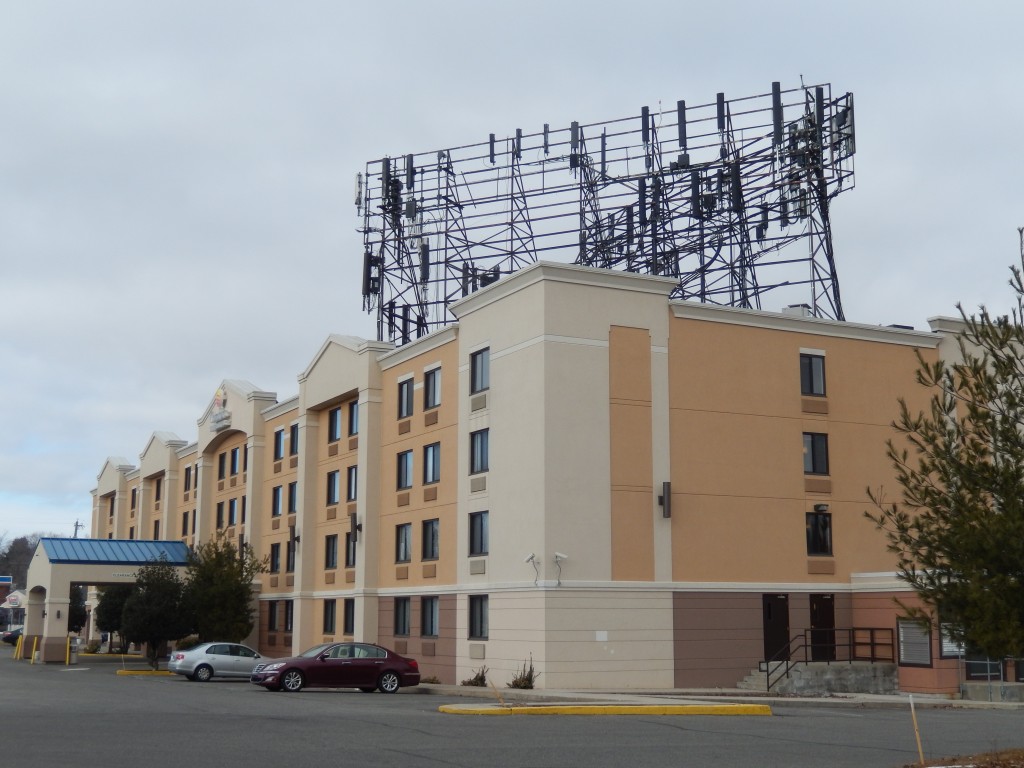 This is a flash report on the Supreme Court decision announced today in T-Mobile v. Roswell penned by Justice Sotomayor.  A detailed analysis will follow.  For now, here is the Syllabus (not part of the decision) followed by a link to the 28-page decision.  The big takeaway: A City need not include any or every reason for denial in the denial letter, but it must make the record and reasons for denial available essentially contemporaneously with the written decision.  Waiting 26 days to issue the reasons for denial after the denial was determined was too long a period.  Justice Alito issued a concurring opinion. CJ Roberts joined by Justice Ginsburg and Justice Thomas, dissented in various parts.

NOTE: Where it is feasible, a syllabus (headnote) will be released, as is being done in connection with this case, at the time the opinion is issued.The syllabus constitutes no part of the opinion of the Court but has been prepared by the Reporter of Decisions for the convenience of the reader. See United States v. Detroit Timber & Lumber Co., 200 U. S. 321, 337.

SUPREME COURT OF THE UNITED STATES

T-MOBILE SOUTH, LLC v. CITY OF ROSWELL, GEORGIA
CERTIORARI TO THE UNITED STATES COURT OF APPEALS FOR THE ELEVENTH CIRCUIT

Respondent Roswell’s city council (Council) held a public hearing to consider an application by petitioner T-Mobile South, LLC, to build a cell phone tower on residential property. During the hearing, several Council members expressed concerns about the tower’s impact on the area. The hearing ended with the Council unanimously passing a motion to deny the application. Two days later, the City’s Planning and Zoning Division informed petitioner by letter that the application had been denied and that minutes from the hearing would be made available. The detailed minutes were published 26 days later.

Petitioner filed suit, alleging that the Council’s denial was not supported by substantial evidence in the record. The District Court agreed, concluding that the City, by failing to issue a written decision stating its reasons for denying the application, had violated the Telecommunications Act of 1996, which provides that a locality’s denial “shall be in writing and supported by substantial evidence contained in a written record,” 47 U. S. C. §332(c)(7)(B)(iii). The Eleventh Circuit, following its precedent, found that the Act’s requirements were satisfied here because petitioner had received a denial letter and possessed a transcript of the hearing that it arranged to have recorded.

1. Section 332(c)(7)(B)(iii) requires localities to provide reasons when they deny applications to build cell phone towers. This conclusion follows from the Act’s provisions, which both preserve and specifically limit traditional state and local government authority. It would be considerably difficult for a reviewing court to determine whether a locality’s denial was “supported by substantial evidence contained in a written record,” §332(c)(7)(B)(iii), or whether a locality had “unreasonably discriminate[d] among providers of functionally equivalent services,” §332(c)(7)(B)(i)(I), or regulated siting “on the basis of the environmental effects of radio frequency emissions,” §332(c)(7)(B)(iv), if localities were not obligated to state their reasons for denial. And nothing in the Act suggests that Congress meant to use the phrase “substantial evidence” as anything but an administrative law “term of art” that describes how “an administrative record is to be judged by a reviewing court.” United States v. Carlo Bianchi & Co., 373 U. S. 709, 715. Pp. 6–8.

2. Localities are not required to provide their reasons for denying siting applications in the denial notice itself, but may state those reasons with sufficient clarity in some other written record issued essentially contemporaneously with the denial. Pp. 8–13.

(a) Nothing in the Act’s text imposes a requirement that the reasons be given in any particular form, and the Act’s saving clause, §332(c)(7)(A), makes clear that the only limitations imposed on local governments are those enumerated in the statute. Localities comply with their obligation to give written reasons so long as those reasons are stated clearly enough to enable judicial review. Because an adversely affected entity must decide whether to seek judicial review within 30 days from the date of the denial, §332(c)(7)(B)(v), and because a court cannot review the denial without knowing the locality’s reasons, the locality must provide or make available its written reasons at essentially the same time as it communicates its denial.Pp. 8–11.

(b) Petitioner’s contrary arguments are unavailing. The statute’s word “decision” does not connote a written document that itself provides all the reasons for a given judgment. The absence of the word “notify” in the provision at issue also does not signal an intention to require communication of more than a judgment. Nor does an obligation to provide reasons in the writing conveying the denial arise from the “substantial evidence” requirement itself or from the requirement of court review “on an expedited basis,” §332(c)(7)(B)(v). It is sufficient that a locality’s reasons be provided in a manner that is clear enough and prompt enough to enable judicial review. Pp. 11–13.

3. The City failed to comply with its statutory obligations under the Act. Although it issued its reasons in writing and did so in an acceptable form, it did not provide its written reasons essentially contemporaneously with its written denial when it issued detailed minutes 26 days after the date of the written denial and 4 days before expiration of petitioner’s time to seek judicial review. P. 14.

Update: Catalina Lehner, the wireless planner par excellence at the City of Albuquerque reminded me that the big winners in this case were, as usual, the lawyers.  So true.

As expected, the new FCC rules for wireless siting appeared in today’s Federal Register. I have attached them here as a PDF.

According to the Federal Register, not all of the rules may become effective on the dates published in the notice. Some of the rules are still pending Office of Management and Budget approval.

Tripp May, my partner is in the process of updating our ‘Clients and Friends Memo’ on the new rules. If you are a Client or government attorney and would like a complimentary copy of our memo, please email Tripp or give him a call on 310-405-7340.

I’m very pleased to report that I just received notice that I have been
elected to Senior Member status in the Society of Broadcast Engineers (SBE).

Tomorrow’s Federal Register will contain the long-awaited FCC Rules for Acceleration of Deployment of Broadband (the 6409(a) and Shot Clock rules, of most interest).  Below is a link to the pre-publication PDF of what should be published tomorrow.  Consider this linked document to be UNOFFICIAL.

Here is the document, in PDF format:

Tripp and I are in the process of reviewing the changes, and we’ll be issuing a revision to our memorandum to clients and friends of Telecom Law Firm, P.C. 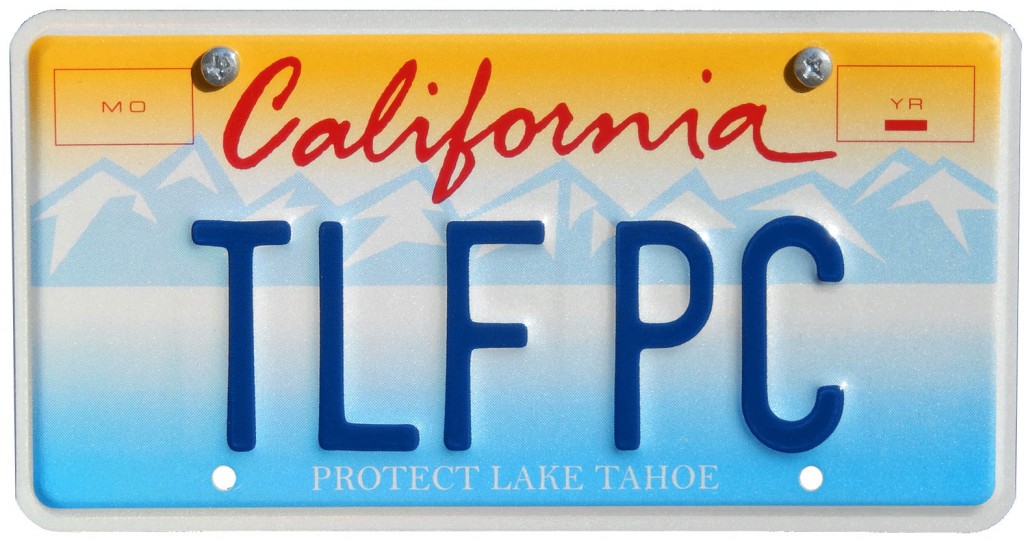 If you are looking for my car, just find this license plate:

I selected this style of license plate to honor my old friend, Steve Allen. Besides, it’s a good cause to support via my annual tag fees.