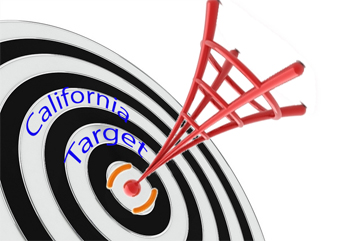 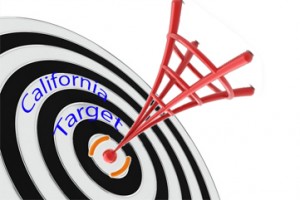 It appears that the one of the leading wireless industry trade associations is getting ready to launch a new California legislative initiative to sharply restrict existing siting controls by local governments under current laws, and to marginalize CEAQ by changing the Permit Streamlining Act.

A copy of the circulating draft found its way into my hands, which appears to be authored by a well-known California wireless industry lawyer with input from a government affairs attorney working at a major wireless trade association.

There are two main areas expected to form the industry’s attack.    Each area of the expected attack is discussed below.

Under an existing California law from 2006, Cities and Counties shall not. . .”[u]n reasonably limit the duration of any permit for a wireless telecommunications facility.  Limits of less than 10 years are resumed to be unreasonable absent public safety reasons or substantial land use reasons.   However, cities and counties may establish a build out period for a site.”  (California Government Code § 65850.6).

In a circulating industry draft, they would bar all wireless permit duration and build out limitations.  They seem intent on accomplish this by changing the Government Code to read that Cities and Counties shall not “[l]imit the duration of any permit for a wireless telecommunications facility.”

As you can see, the draft amendment if enacted would require that when a city or country government issues a wireless telecommunications facility permit, there be no limit to its term.

As a “Plan B” if the industry is unsuccessful in finding a legislator willing to take the political heat for deleting the term limitation altogether (which will certainly be unpopular with the public who care about such things), it appears that the industry will press for permits that are valid for at longer than 25 years.

The wireless industry seems to believe that 2014 is the right year to modify California’s Permit Streamlining Act (the “PSA”) to correct what it suddenly sees as a problem dating back some 20 years.

The law for the past 20 years has been that the PSA deadline for a government to take an action on a project only starts to run when the California Environmental Quality Act (“CEAQ”) review is  completed, but that the time-frame for completing the CEAQ analysis is not mandatory.  The ‘solution’ to the ‘problem’ (as viewed by the wireless industry) is to perform a major rejiggering of the established PSA rules.  The rejiggering would  be to make the government take-action deadline based on when the application is tendered as complete to the local government, thereby ignoring whether the CEAQ process has been completed when the clock runs out.

To preempt CEAQ as a vital element of wireless siting–as it appears is the wireless industry’s goal–the industry will apparently propose multiple and significant changes to Government Code § 65950.

Maybe the industry will try slipping its 2014 Christmas List above into the now dormant AB 162 when that bill is expected to return from the dead sometime in the next 45 days.  Stay tuned… this will be interesting.