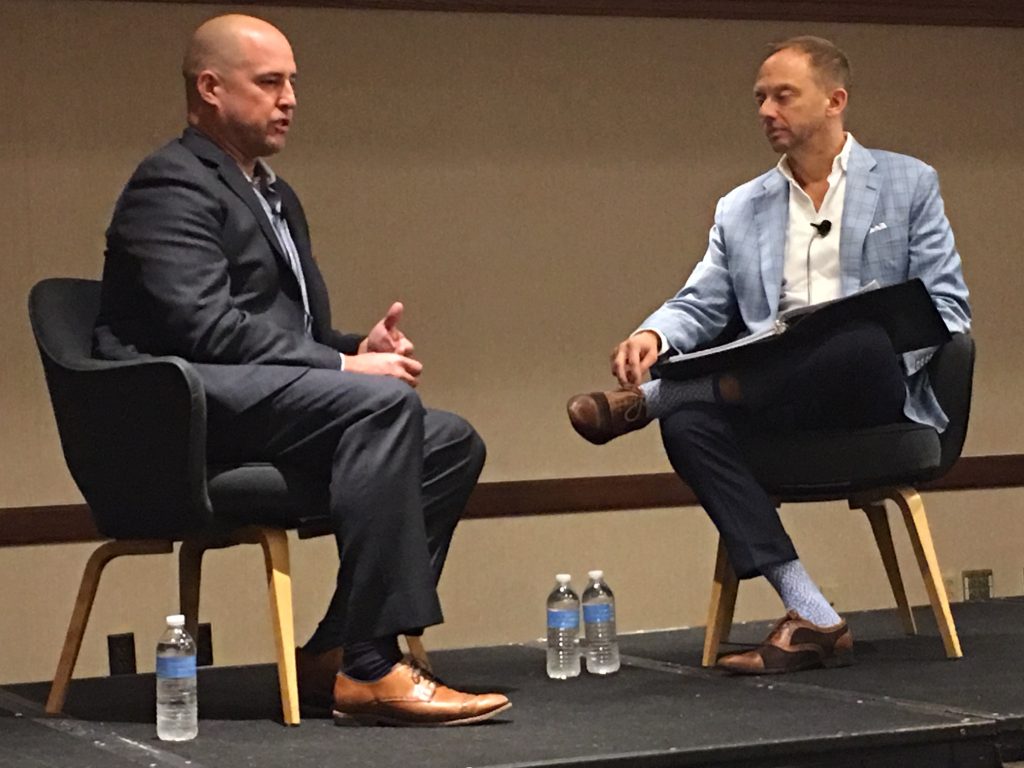 Mr. Jason Caliento, the Executive Vice President of Network Strategy at Mobilitie, presented the keynote address and a follow-up discussion at the AGL Summit on September 27, 2018. That Summit was held in Kansas City as an ongoing part of AGL’s (very important for municipal officials and industry personnel alike) lecture series.

I spoke at the AGL Summit on a 5G topic, but that’s not the focus of this post.

The focus of this post is a snippet of about 2 minutes and 40 seconds of the one-on-one follow-up discussion with Mr. Bryan Tramont, Esq., the Managing Partner of Wilkinson Baker Knauer, LLP. The subject of that portion of their exchange was the 2018 Consent Decree between the FCC, Sprint, and Mobilitie. That Decree was adopted and released on April 10, 2018. (CLICK HERE to download and read the Consent Decree.)

In their relatively short exchange, Mr. Caliento managed to claim that there was some sort of ‘fake news’ involvement in the story about Sprint and Mobilitie violating the FCC’s rules; that the ends justified the means; and that Mr. Caliento seems guided by Sir Winston Churchill’s quote, “You will never reach your destination if you stop and throw stones at every dog that barks.” I suppose an apparently intentional program between Mobilitie and Sprint to build sites absent required regulatory permissions is the barking dog in his odd analogy.

Please listen to Mr. Caliento’s comments responding to Mr. Tramont on this topic in its entity.  Then you may decide for yourself what you think of Mobilitie’s and Sprint’s (presumably and hopefully former) approach to regulatory compliance:

Okay. I suppose that’s one way to spin intentionally violating federal regulations because the ends seem to justify Mobilitie’s and Sprint’s means. Further, as for the ends justifying the means, apparently paying the FCC an $11 million dollar fine seems a very small and economical price to Mobilitie and Sprint given the billions Mr. Caliento claims that they have saved (and presumably will save).

I opine that now we know the real fake news.

PS: The next AGL Summit is in Atlanta, Georgia on November 8th. Unfortunately, I won’t be able to attend, but I highly recommend this event to municipal officials who want the real story about what’s happening in the coming 5G world. -jlk

If you haven’t seen the SWFFR order, you can download it below in WORD format.

I’ll have a lot to say about these rules, but not yet.