There are other reasons why a Verizon purchase of Comcast would make sense, not the least of which would be to battle back against AT&T’s purchase of DirecTV and the Time Warner programming assets.

Will Dish Network be next to fall?  How about SiriusXM?

In this new Tumpian era, what would have been unthinkable a week ago might need some rethinking.

PS… Attention Verizon and Comcast legal departments: The combination logo at the top of this page is a parody to illustrate my opinion piece for commenting and criticizing purposes only. Really. Don’t get bunched up over it.

Word is that Comcast may make a run to marry T-Mobile, and beat out Dish to the alter.

It is nothing less than brilliant for Comcast AND T-Mobile.  Local governments will have a less favorable view.

Comcast finally gets the quad-play in house, and T-Mobile almost overnight solves its coverage problems in Comcast’s footprint.  Comcast will deploy PCS radios on its strand and in its pedestals, and use its network for backhaul.  It will integrate the shared CableWIFI platform to provide more T-Mobile connectivity outside of Comcast’s footprint.  Comcast will get a wireless video delivery platform.

…and Dish will be stuck with all that upload bandwidth that will decrease in value.

Local governments will find that applying their wireless ordinances to their all-time favorite cable TV franchisee will be, ah, challenging.

Now THIS is going to be fun.

PS: What should we call the two of them:  T-Cast?  Naw, Brian would never allow his name to be second.  Comobile?  Maybe.

The Los Angeles Times (called the Los Angeles Dog Trainer by Harry Shearer) published an article today entitled, “Listen: Is this the all-time most horrible cable service call, ever?”

Then go here to read more and listen to the audio.

If infinity means forever, does xfinity mean there are limits on forever?  I’m just ask’n.

CTI says it will own, operate, and develop telecommunications towers throughout the United States.  Headquartered in Boston, CTI Towers will lease tower space to wireless operators and other tenants, creating additional tower capacity for rapidly evolving wireless businesses and technologies across the U.S.

That makes sense since Comcast has been in the tower business, albeit indirectly, since 1963 when Ralph J. Roberts, Daniel Aaron and Julian A. Brodsky purchased their first cable system in Tupelo, Mississippi.  Virtually every cable system has at least one substantial tower for TV reception antennas, microwave relay dishes, etc.

(By the way, Comcast still owns the Tupelo system to this day, and it’s unlikely that any person with the last name of Roberts in Comcast’s senior management will ever allow that system to be sold.)

CTI Towers is launching with a portfolio of approximately 800 towers that were previously owned and operated by Comcast Cable subsidiaries (read: local Comcast cable systems).  Essentially, the initial portfolio of towers are located at Comcast headends.  If you’d like to verify this, go to the CTI web site and drill down to the overhead photos of the various tower sites…in many cases you’ll spot the tell-tail satellite dish farm right next door. 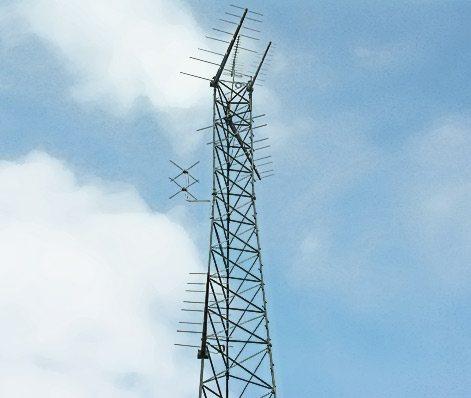 So, by the stoke of a pen, Comcast has taken all of the towers and moved them from the operating expense column to the revenue unit column.  I’m no tax expert, but I have to believe the very, very smart people at Comcast who are have found a way to take a tax advantage on this deal from day one.

Given Comcast’s long view, it would not surprise me if they move into the international market very quickly, partnering with cable operators in other countries.

Here’s an interesting twist for some local governments…  In some cases governments have leased (or even given) access to government land for the installation of the local cable TV headend.  If that’s the case in your jurisdiction, you might want to see where there are any restrictions on subleasing.  If so, then you might want to visit the CTITowers web site to see whether the tower on your land is being offered for sublease.  Better to cut off an permitted use before a sublease contract is signed.