Los Angeles is the home of many, many news helicopters.  This morning looking out of my office window, I saw five of them hovering over one of the LAPD choppers, which was, in turn, orbiting above a suspect on the roof of a home in Westwood.

In the photos, below, the new choppers are indicated with red arrows; and the LAPD chopper is at the end of the blue arrow.  The inset is from KTLA’s chopper coverage over the scene. Click on the image to enlarge it. 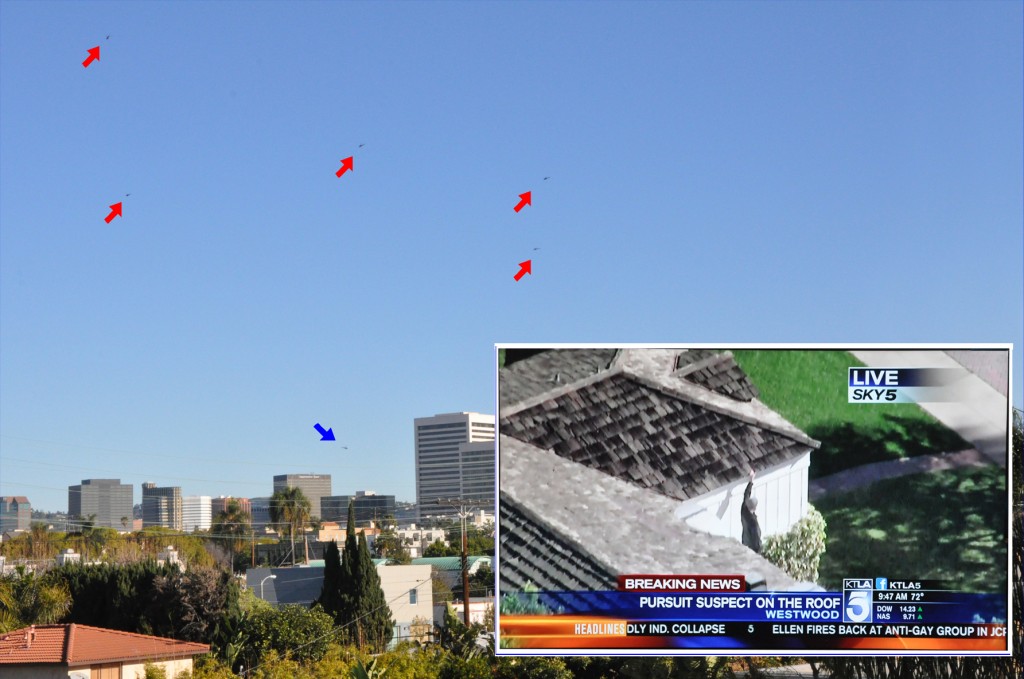 The suspect, who spent hours on top of several roofs in Westwood, was chased in what was reported to be stolen car. Apparently he likes his audience, since he repeated waived to the cameras and to the LAPD.