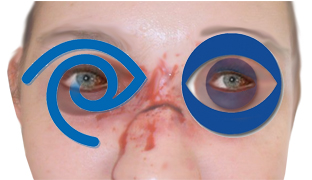 As you may have heard, Time Warner Cable today started offering free over-the-air antennas to its victims of the Great CBS Blackout.

Just pop by one of their offices lickety-split and you can pick one up of those shiny new antennas was the gist of the announcement and ads.

That got me thinking!

After waiting in the line at Time Warner Cables office, I found out (initially by overhearing a lovely mature woman expressing her, ah, great discontent) that Time Warner’s Santa Monica office ran through the three boxes of antennas by midday today.  Moreover, nobody had any idea when more antennas might arrive.

The customer service representative,  safety ensconced behind a plexiglass  security wall, suggested that we should come back on Monday and maybe they’d have more antennas…or maybe not.

By the way, welcome to ‘Week Three’ of the Great CBS Blackout.  The third week started about 2 hours ago here in L.A.

I’m going home to back a cake to celebrate this milestone of corporate concern for its customers and viewers.