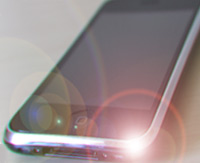 The hot news recently has been about unlocking (or “jailbreaking”) Apple’s iPhone. Apple posted the following statement on its website (http://support.apple.com/kb/HT3743), which as of 8/1/09 was not available at Apple’s site, but still available via Google’s cache:

“Unauthorized modification of iPhone OS has been a major source of instability, disruption of services, and other issues

“Device and application instability: Frequent and unexpected crashes of the device, crashes and freezes of built-in apps and third-party apps, and loss of data.

“Disruption of services: Services such as Visual Voicemail, YouTube, Weather, and Stocks have been disrupted or no longer work on the device. Additionally, third-party apps that use the Apple Push Notification Service have had difficulty receiving notifications or received notifications that were intended for a different hacked device. Other push-based services such as MobileMe and Exchange have experienced problems synchronizing data with their respective servers.

“Compromised security: Security compromises have been introduced by these modifications that could allow hackers to steal personal information, damage the device, attack the wireless network, or introduce malware or viruses.

“Shortened battery life: The hacked software has caused an accelerated battery drain that shortens the operation of an iPhone or iPod touch on a single battery charge.

“Inability to apply future software updates: Some unauthorized modifications have caused damage to the iPhone OS that is not repairable. This can result in the hacked iPhone or iPod touch becoming permanently inoperable when a future Apple-supplied iPhone OS update is installed.

The Appleworld has seems to have gone nuts over the warnings just recited, with significant backlash from users and the media.  Interestingly, there are two questions in play:  First, is it legal to unlock the iPhone and make other modifications to the firmware?  Second, can the terrible things that Apple warns of actually happen?

As to the first question, about the legality of hacking into Apple’s iPhone firmware, you need look for farther than a televised interview I gave to Canada’s Business News Network (BNN) on September 12, 2007, which you can watch on a special page at TelecomLawFirm.com.  The short answer is, ‘for now, it’s legal.’  Visit the page list linked and you’ll get a better idea why this is my answer.

Regarding the second question, dealing with the horrible things that can happen if you play with the iPhone’s firmware, I don’t know for sure.  But, what I do believe as an RF engineer, a software technologist, and a person with a bit of common sense is that Apple is not blowing smoke in our faces, but may merely be describing the smoke it would like us to smell.  Clearly all of the things listed by Apple seem well within the range of possible consequences that might reasonably occur if a person hacks the iPhone, but Apple has done precious little to provide data to back up its mere assertions that these things are happening.  Once?  A thousand times?  Only on Tuesdays?  Where’s the beef?

Of course, another result of hacking the iPhone might be to develop new and useful innovations not conceived at Apple, thus not controlled by Apple.  This is not a bad thing.

Finally, the reason why this is such a hot issue RIGHT NOW is that the U.S. Copyright Office is revisiting its present rules exception that makes hacking cell phone firmware legal (or, if you will, not illegal).  These revisits occur every three years, so now is the proper time for this full-court press by Apple.

We’ll see where this ends, but regardess of the Copyright Office’s action, hacking will continue.  If the Copyright Office sides with Apple, that firm will be in the unenviable position of going after its most loyal and innovative customers, and being seen as the big back Microsoft Jr.