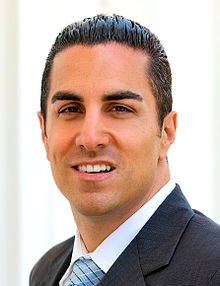 Assembly member Mike Gatto introduced legislation on June 13 on behalf of his wireless industry patrons that would be the biggest land grab by wireless companies in the history of the state. The vehicle for this huge land grab is Assembly Bill 2788.  Mr. Gatto switched Ab2788 from a completely different purpose to now be a huge gift to wireless companies over the values of his own constituents.

Mr. Gatto wants to allow his wireless company partners to place all sorts of wireless towers in the public right of way (that’s right in front of your home) WITHOUT giving you, your city or county, any say in the design or location of the cell site.

The legislation he introduced, ghosted by wireless industry attorneys and helped by other wireless industry firms, would DENY any local government the ability to require a different and less intrusive location, or any different or better design that is more harmonious with the surrounding.

Mike Gatto, who represents Burbank, Glendale and nearby areas in the state Assembly, is the head of the Assembly’s powerful Utilities and Commerce Committee, which oversees the California Public Utilities Commission, as well as wireless and telephone operators in California.  This means that Mr. Gatto has the power to move this anti-resident bill forward.

Most recently, Mr. Gatto co-sponsored a bill to BREAK UP THE CALIFORNIA PUBLIC UTILITIES COMMISSION. That breakup would destroy most of the state oversight of wireless and other utilities. That bill passed the Assembly, but it looks like cooler heads in the State Senate will prevail, so that the CPUC break up bill looks like it will die.

Now Assembly member Gatto, pushed by his corporate sponsors, wants to destroy aesthetics of communities everywhere in California by opening the front of your home to a cell site, with no local discretionary review.

The wireless company wants to stick a cell site in front of your home?  Boom: Gatto says it’s done.

But that’s not all: Mr. Gatto’s proposed legislation will REQUIRE LOCAL GOVERNMENTS to make all of their property…not just the right of way…available for cell sites.  Except fire stations. To grease the support of the firefighters union, the bill has a special carve out for fire stations. They don’t have to be made available for cell sites. Nice political twist, Mr. Gatto.

Under Mr. Gatto’s proposed law, schools run by cities or counties would also be fair game for new cell sites, regardless of how the parents might feel about that.

If you want a 28-cubic foot box in front of your home attached to an unknown number of 6-cubic foot antennas, go see Mike Gatto.  Has he got a deal for you!

If you want to preserve the aesthetic appeal of the front of you home, and your community’s aesthetics overall, then TELL MIKE GATTO TO KILL HIS WIRELESS GIFT BILL.  The only gift is to his corporate wireless industry patrons, leaving just a lump of coal for his constituents.

Mr. Gatto’s proposed is is bad for everyone in California EXCEPT for Verizon, AT&T, Sprint, Crown Castle, Extenet, Mobilitie, T-Mobile, every other wireless firm, and of course Mr. Gatto.

Here is Mr. Gatto’s contract information:  Why don’t you ask him why his corporate patrons are more important (really, more valuable) than those who elected him to office.

Copy and paste into your social media feeds:

#TellGattoNO #KillAB2788 Gatto can’t give away our homes to his wireless co. patrons. #KillAB2788 – the Wireless Give-a-Way!