Some commenters have described the DC Circuit’s decision in United Keetoowah Band of Cherokee Indians v. FCC, No. 18–1129, 2019 WL 3756373 (D.C. Cir Aug. 9, 2019) as being some sort of a magic bullet 5G/small cell killer.  They also claim that the decision nullifies much of the FCC’s small cell rules, citing primarily to the personal observations of a FCC Commissioner.

I wish all that were true.

In fact, however, those commenters are only expressing their wishful, non-lawyer’s reading of the limited scope of the United Keetoowah decision.  That’s why the ten local government cases now being litigated in the 9th Circuit remain the most important fights citizens have to truly set aside the FCC’s misguided, unjustified, industry-loving rules.

Lets take a look at what the FCC actually did to respond to the D.C. Circuit’s United Keetoowah decision:

First, the FCC amended 47 C.R.R. § 1.1312 to reduce the scope of the rule.  Here’s a before and after comparison of the existing rule followed by the replacement rule that becomes effective on 12/5/2019:

Are the new rule changes a small cell killer? Sorry…No.

Let’s keep our eyes on the right Small Cell rules fight, being fought in the right venue…the 9th Circuit Court of Appeals.

If you’re a member of the public really interested in changing fundamental concepts of wireless rules to be set and/or enforced by the FCC, then you should also fight your fight in the right venue, which is not before a local government that is obligated to follow state and federal laws, regardless of how little some may think about following the laws that exist.  Consider visiting your Member of Congress and your U.S. Senators. Only they have the power to accomplish the fundamental changes that some members of the public wish to see happen. 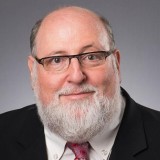 I'm a broadband and radio frequency engineer who, after spending years as a technology advisor to hundreds of governments and firms around the country, went to law school and became an attorney. Not surprisingly, my area of law is telecommunications.

I have a Juris Doctor degree, a Masters of Law degree in Information Technology and Telecommunications Law, and a Doctorate in Law and Policy.